(Guest Article) - A view from the Etihad: How will Raheem Sterling Fit Into the New Look City Team

This summer marked a mass exodus for Manchester City with many players leaving the club. Specifically, the Citizens saw a wholesale number of English as well as home grown players exit the club for newer pastures. Reliable British players like James Milner and Frank Lampard, academy graduates like Karim Rekik, Dedryck Boyata and Marcos Lopes along with aspiring players like Scott Sinclair and Micah Richards all called time on their City careers

Manuel Pellegrini and his team have responded to this by spending more than a 150 million pounds in the summer. And about one third of it spent on English blood in Raheem Sterling. Was it spent wisely? Can such mass spending be justified even in the goal of bringing in English players to fulfill the quota of homegrown players required for a club? This article takes a look Sterling’s signing and whether he has what it takes to succeed at the Etihad. Was he bought just to fill up the numbers or to actually have a general impact on the team? 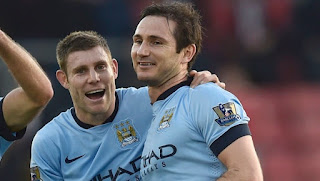 For City, getting a young player of his caliber is indeed a great feat. Sterling is known for his no-fear, direct running style at defenders that was a top priority for a club that was criticized last season for a lack of width and movement. He is a player with the willingness to commit defenders, quick feet and a good dribbling technique. In the 2014-15 season City often lacked that urgency in their game play and now they have Sterling to offer pace, trickery and guile.

It is not that City “lacked players with pace” because there are players like Sergio Aguero and Jesus Navas who are meant to provide that to the team. But this tool of pace and trickery wasn’t always in abundance because of Aguero’s poor injury record and Navas often being a one-dimensional player. But, now with Sterling, they have a player who ticks most of these boxes for City and offers the extra dimension that the team needs. Being only 20 years old, Sterling offers a fresher look to the ageing City side. 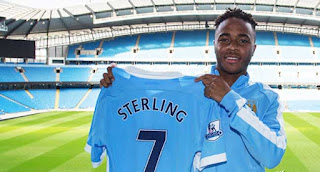 Sterling’s versatility is another factor that can make him a valuable asset for the City side. His ability to play multiple different positions is in stark contrast to Navas who often almost always sticks to the right side touchline during games. He has played almost every position across the field from striker to right wing back.  The central attacking role behind two high profile strikers (Suarez and Sturridge) got the best out of Sterling.

This role allowed the 20 year old the freedom and this was largely beneficial for Brendan Rogders’ side to line up a second place finish in the league two years ago. He registered a career best of 9 goals and set up 7 more in that season which is even more remarkable considering that was his first season as a regular starter.

Last season we saw Sterling in a more advanced position as a lone striker where he scored 7 goals as well as a providing 8 assists despite having to shed most of the attacking load. Sterling also performed admirably on the biggest stage of them all, as Roy Hodgson had no hesitation to deploy him on the right wing to complement Wayne Rooney. Although England had a dismal World cup exiting in the group stages, Sterling stepped up and was one of the lone bright sparks in the campaign. Indeed Sterling’s performances received so much acclaim that he was rated as the most valuable youngster across Europe. 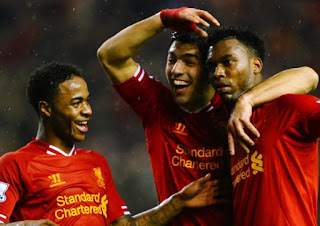 The next aspect that should be considered is Sterling’s impact on his new City teammates. On the creativity line the essential cogs of the team are most notably Yaya Toure and David Silva who like to play long through balls over the defenses frequently. With Sterling now City have got another player (the other obviously being Aguero) as a target to chase down those balls effectively and stretch defences. Sterling’s quick and explosive style will definitely compliment City’s main man, Sergio Aguero.

These two can maraud sturdy defenses together with their trickery, decisiveness and fantastic set of skills and will definitely add more swagger to City’s game. Sterling will also be useful in counter attacking situations as we have often seen him tearing defenses apart with enormous rigor for Liverpool. 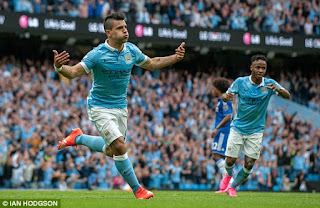 Where will Sterling fit in the City team? Given the fact that Sterling enjoyed a good pre-season with City where he mostly featured on the left side the forward line, that will most probably be where he features for the majority of his time. But given his effectiveness on the right flank as well, Sterling can be an able replacement if or when Jesus Navas gets injured or underperforms.

There is an immense amount of competition at City but Sterling’s performances in the Premier league have been far better than ordinary. He has already registered 1 goal and an assist to his name against Watford and Everton respectively.

Against Chelsea he was brilliant, giving reputed defender Branislav Ivanovic a tough time all afternoon. A week later he found himself back at Merseyside vs Everton. He was lively again and ended up providing an assist to Kolarov despite being booed at his every touch. His link up with left back Aleksandar Kolarov is one of the several positives in City’s dazzling early season form. Sterling leaves back acres of space for Kolarov to run into by drifting infield and attracting defenders. And we all know what Kolarov can do by whipping in venomous crosses. Then against Watford he was found stopping a counter-attack in the first half and his moment came in the second half when he broke the deadlock after making a smart run in behind a robust Watford defence and swept Bacary Sagna’s cross. 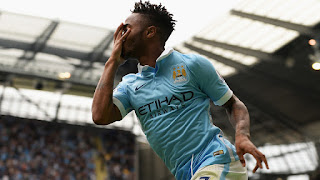 Raheem Sterling comes to City with a massive price tag of 49 million pounds. Considering the fact that he was brought in from a rival club in Liverpool who were reluctant to let him go, the high fee is something to be expected with the inflated prices of British players. But, right now, it is not the price tag but the impact that Sterling has on the team, which matters the most to the Sky Blues. The effects have are there for all to see as this season has bought a fresh new City team currently on top of the table. And, the fact is he will only get better as he matures and develops.

Sterling has been criticized and derided by Liverpool fans for his controversial move to the Etihad. Even though the way he left the Reds left a bad taste in the mouth for Kopites, there is no doubt that Sterling has the quality to succeed anywhere in the world. In fact, his pace and direct running, which has helped the Citizens, has been missing from the Reds' play leading to insipid displays.

From what we have seen up till now, Sterling has the potential to carry this hefty weight on his shoulders. Considering these factors, I firmly believe Sterling has what it takes to prove the critics wrong and justify the faith that has been put into him.

If you want to submit a guest article, contact Siddharthgautam347@gmail.com